The Edwardian period in Great Britain is generally well known for its decadence; be it in technology, art, entertainment or even in war machines. Architecture wasn’t forgotten about either, and the period saw an interesting transition from the embellishment so familiar of Victorian opulence, to the increasingly pragmatic, forward-looking designs of a modern nation.

Enterprise House, the Technical Institute constructed in Dartford at the turn of the century, is one such example of this. Its classical and neo-palladian features are reminiscent of a grand country house, yet it is a bright, practical building designed for learning in the 20th Century. Iron radiators, bare brick and green-tiled internal walls couldn’t contrast more with the Ionic columns and limestone arches of the exterior.

And so, when I was asked by Dartford Library to model the building, complete with its un-built southern wing and following original architect blueprints, I snapped their hand off. This was to be a complete model; with a full interior and exterior. But with 60 rooms, 116 windows and a lot of fine decor to make from scratch, I had to approach this carefully. Below is a quick guide to how I went about doing this; click the images to make them larger.

My first stage with any larger architectural model is to block out scale and placement. This usually involves following footprint plans to insert structural walls and stacks, like so: 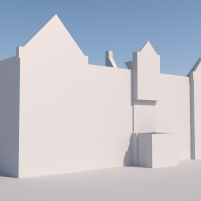 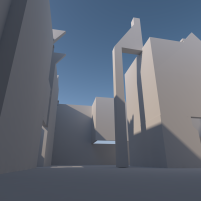 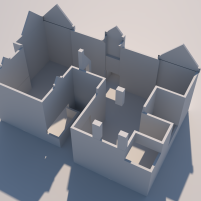 Once this is done and I’m sure I have a good foundation from which to continue building the model up, I will add roofing and floors. Again, this is mostly so I can get a good idea of scale and placement before adding further details: 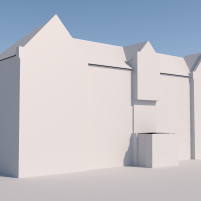 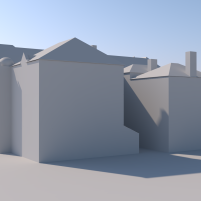 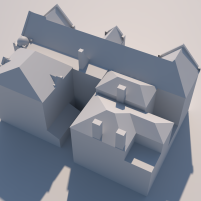 The model is still very basic, yet it is now the perfect canvas to continue building from. My next step is to add the floorplan and create window slots in the walls; internal walls are three separate models (one for each floor), for ease of future editing. 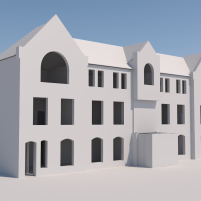 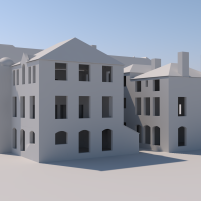 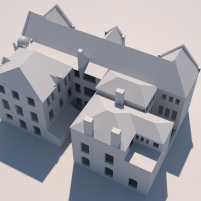 It’s beginning to look more like a building and less like several blobs of clay now! Time to start adding some windows: 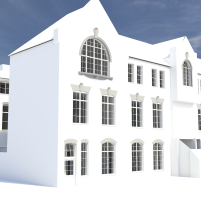 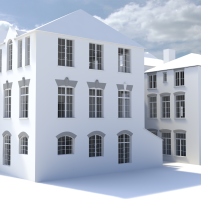 This structure uses no less than 15 different types of window and 6 different styles of door, as is typical for this style of building. I try to keep projects as modular as possible to allow for future re-use of assets. Below is a break-down of one such window module: 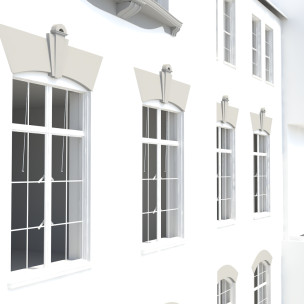 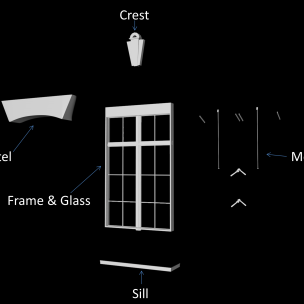 While it is tempting at this stage to start embellishing the rest of the exterior and carving chunks into and out of it, it was important to ensure priorities were kept in check. In this project, the classically appointed grand entrance features sandstone double alcoves, Ionian columns, a barrel vault, an arched pediment and even a mosaic and carvings. It is undoubtedly the centrepiece of the building and needed to be completed first: The very next thing to do be done was of course add doors: 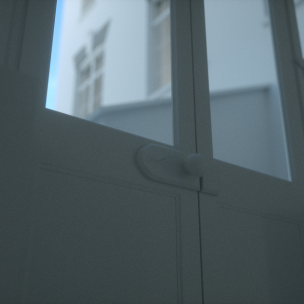 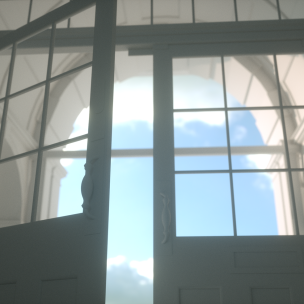 I then began adding polish. This time-consuming process, while laborious, gave the building the elegance so symbolic of this type of architecture. The bell tower, facade, structural and even guttering detail needed the utmost attention. 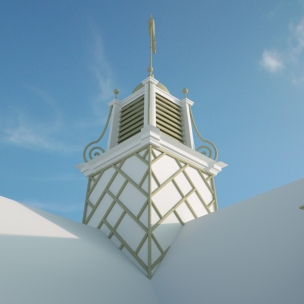 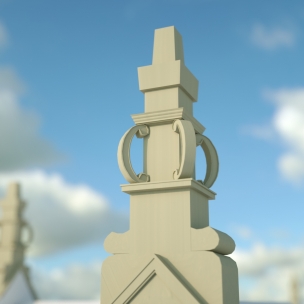 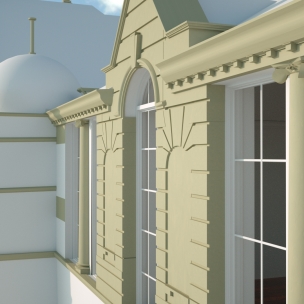 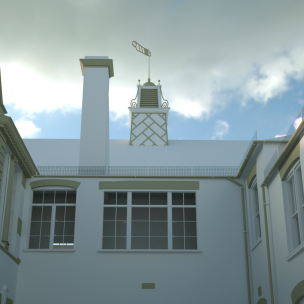 With this, the model is mostly complete externally and is ready for interior building. Due to the close observation of my exterior modelling however, this should be a significantly more straightforward job: 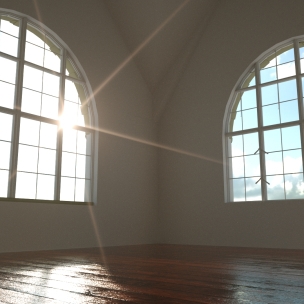 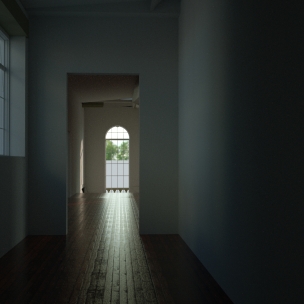 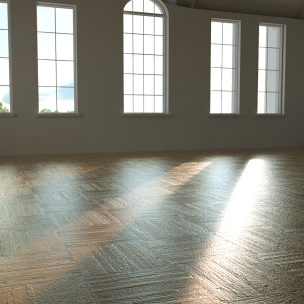